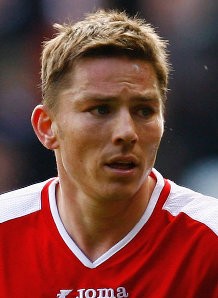 Setanta Sports will launch its new Barclays Premier League highlights this weekend. Premier League Central goes out at 8.30pm on Saturday with a second highlights show at 10.30pm on Sunday on Setanta Ireland. The Saturday show will be presented by Setanta’s Connor Morris, who will be joined by studio guests former Charlton and Ireland midfielder Matt Holland (above) and ex-Arsenal and England left-back Nigel Winterburn.

Sunday’s show will be presented by Paul Dempsey, although Newstalk’s Ger Gilroy will be in the seat for the first two Sundays. Studios guests include former Chelsea and England midfielder Dennis Wise and former Tottenham player Gary Stevens. The highlights shows follows confirmation that Setanta’ has 71 exclusive live games for the 2013/14 season following a deal to include BT Sport and ESPN on the Setanta service.