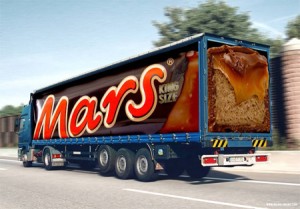 Irish International has been appointed as the lead shopper agency for Mars in Europe in one of the most significant international contacts won by an Irish agency. The appointment covers shopper marketing work for Mars and Wrigley, including M&Ms, Snickers, Twix, Extra, Orbit, Dolmio, Uncle Ben’s, Pedigree and Whiskas. The account could mean a seven figure annual fee, with 14 new positions created in the Sandymount agency.