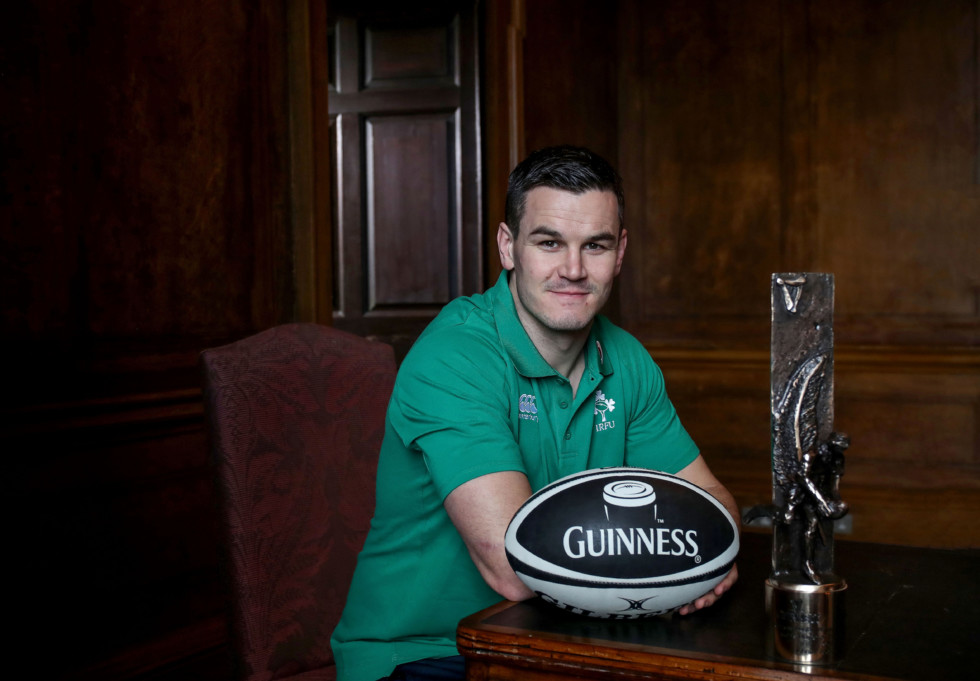 Ireland and Leinster out-half Johnny Sexton has been named the Guinness Rugby Writers of Ireland Player of the Year at its annual awards. Sexton played a vital role in what has been a truly historic year for Irish rugby. With the Ireland team, Sexton has won the NatWest 6 Nations, a Grand Slam, the Triple Crown and a first series win in Australia since 1979.

With Leinster, Seexton won the European Rugby Champions Cup and the Guinness PRO14. Last weekend’s victory over New Zealand in Dublin – 113 years in the making – has further cemented his position as the best out-half in the world. Sexton was honoured at the evening hosted by Diageo and  rugby writers chairman, Simon Lewis, in the Aviva Stadium.