Sexton signs up to Toyota 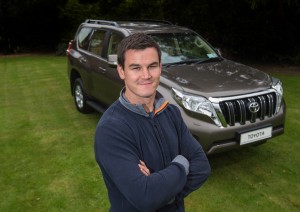 Jonny Sexton is pictured alongside his new Toyota Land Cruiser.