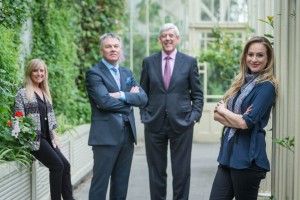 Rothco has developed and produced four Super Garden stings for broadcast during ad breaks. The stings, designed as ‘mini’ Super Garden projects, showcase challenges Woodie’s customers face when giving their gardens an overhaul – like transforming a balcony space to a city garden and making an existing garden more child-friendly. A case study features on the Woodie’s website along with footage from each episode.

Each contestant has five weeks to design and build a show garden with a budget of €5,000.

The top garden will be recreated at this year’s Bloom festival in the Phoenix Park over the June holiday weekend. The new series of Super Garden goes out on RTÉ 1 at 8.30pm on Thursdays.