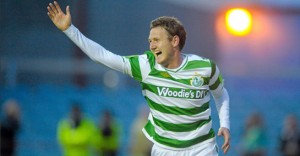 Shamrock Rovers have been drawn in the same group as Tottenham Hotspur in the Europa League. Michael O’Neill’s side are in group A along with the London club, Russian outfit Rubin Kazan and Greek side PAOK Salonika. Rovers is the first League of Ireland side to qualify for the group stages of a European competition.

The top two in the group will advance to the knockout stages. It is not yet confirmed where Rovers will play the home match in the tie. The Hoops’ ground in Tallaght has a capacity of just under 6,000, so it is likely the game may be moved to a larger venue, either the RDS or even the Aviva Stadium.

Rovers chairman Jonathan Roche has already said that the club planned to play all its home games in Tallaght, but the clash with Spurs is expected to draw a bumper crowd which would be a big money-spinner. One of the Rovers directors is Mark Lynch, formerly of Vizeum and Mindshare.

All Rovers Europa League matches will be shown live and exclusively on TV3 or 3e.