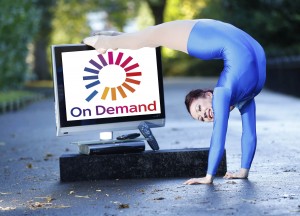 Sky customers can now catch up on their favourite TV from a total of 43 Sky and non-Sky channels, including TV3 from next week, at no extra cost. As well as the Sky channels, customers who connect their Sky+HD box to their broadband router will be able to watch catch up TV from an extended list which includes TV3, Channel 4’s channels ,Discovery Channel, Nat Geo, History, MTV, Comedy Central, Nickelodeon and Disney.

Viewers who missed Moonfleet with Ray Winstone over the Christmas are now able to watch it anytime on Sky’s catch up TV service until the end of January. Sports fans are able to catch up on action from the Sky Sports channels and film buffs can watch the latest blockbusters with Sky Movies. Watch, Dave, Alibi and Gold will be added to the service in February and Sky News and Eurosport is due shortly afterwards.

To get the catch up service, Sky customers need a compatible Sky+HD  box  connected to their broadband router. They can do this by using a Sky+HD box with built-in wi-fi, an Ethernet cable or an on demand connector. Customers who have never downloaded from on demand before can register for a free connector.