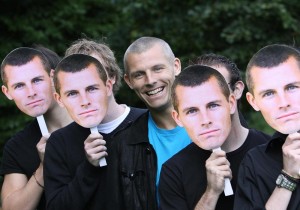 Sky is to remain on as title sponsor of the Cat Laughs Comedy Festival in Kilkenny for another two years.

The news comes as the festival prepares to celebrate its 20th year. Launched in 1995, the event is seen as one of the world’s top comedy festivals. This year’s festival runs from Thursday  May 29 to Monday June 2. The programme’s line up will includes Dara Ó Briain, Tommy Tiernan, Des Bishop (above) and Ardal O’Hanlon.

The festival will include special screenings and premieres of Sky Comedy’s output as well as children’s events and workshops. Last year, the first two episodes of Moone Boy were shown in the company of the show’s star Chris O’Dowd, his co-writer, Kilkenny-native Nick Vincent Murphy and other members of the cast.