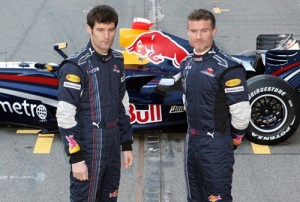 Sky Sports and the BBC are to share live rights to Formula 1 as part of a six-year deal that allows Sky to broadcast every race. Sky will screen live high-definition coverage of every race in the 2012 to 2018 seasons, resulting in considerable savings for the BBC, which will broadcast half of the F1 fixtures.

All races, qualifying and practice sessions will be live on Sky Sports across TV, online, mobile and tablet devices. Half the races and qualifying sessions will be shown live on BBC, including the British and the Monaco Grand Prix. The final race of the season will also be broadcast on the BBC.

If there are an odd number of races in the season, the extra race will only be screened on Sky Sports. The BBC will also show extensive highlights on TV, online and mobile of all the races and qualifying sessions that it is not covering live. Build-up coverage of each race will be shown on both Sky and BBC news channels.

There will also be extensive multi-platform coverage including red button, bbc.co.uk/sport and skysports.com. BBC Radio Five and Sports Extra will continue to cover every race live. In 2008, the BBC agreed a five-year deal to broadcast F1 from 2009, in place of ITV, which had the contract for 12 years.