Slowey steps down as Communicorp CEO 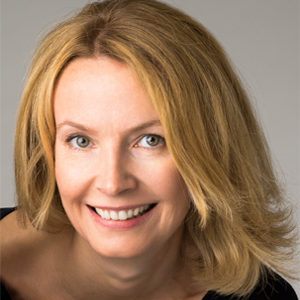 Gervaise Slowey has resigned as CEO of the Communicorp Group and will be replaced by Adrian Serle, former chief executive of the British media company, Orion Media. In a statement issued by its PR agency, FleishmanHillard, it was stated that the former Ogilvy agency boss will continue in her role until the end of the year when Serle takes up the position.

Commenting on the announcement, Lucy Gaffney, chairperson, Communicorp thanked Slowey for “four fantastic years” at the helm of Communicorp. “She has been a great chief executive and I would like to wish her the very best in her future career. I am very happy that we have found an excellent successor and look forward to working closely with Adrian Serle.”

Founded in 1989 by businessman Denis O’Brien, Communicorp operates a portfolio of media assets in Ireland and overseas. It is the leading independent radio broadcaster in the Irish market, with the Today FM, Newstalk, 98FM, and Spin 1038 stations. It also owns the digital agency ICAN and the online marketplace AppliancesDelivered.ie.

A business graduate from DCU, Slowey began her career in 1990 as brand manager with CPC Foods, working on Knorr, Hellmans and Goodalls. She moved into adland with BBDO Germany, later joining Ogilvy Europe as client service director, based in Vienna. She was managing director of Ogilvy Dublin from 2006 to 2011, overseeing the Kraft business across Europe. She has served as a non-executive board director of Eason.

View all posts by Michael Cullen →
An Post, Cadbury and Tesco back Christmas FM
Tayto gives €1 from sales to LauraLynn