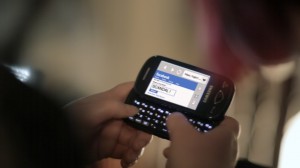 Ireland’s smartphone owners use their mobiles more often and for more reasons than the average mobile owner, a report by Mindshare shows. Up to half of Irish consumers have a smartphone, but not all consumers make use of the smart features. The nationally represented research was conducted by Sponge It and measured the mobile ownership and behaviour of 1,007 Irish respondents.

The report showed that 16 per cent of mobile owners have clicked a mobile ad recently and one in five listen to the radio on their mobile every day. About 18 per cent of smartphone owners watch videos on their mobile every day. Not surprisingly, use of smartphones varies by demographic, with men aged 18-34 years old twice as likely as their female counterparts to use them.

Emailing is the most popular feature for over 50s and social networking is most popular with women aged 18-34. Finian Murphy, head of consumer insights, Mindshare, said people are triggered to search, post a Facebook status or seek more information about a brand they hear or about in the media.

Smartphones give consumers brand access to find out more, whenever or wherever they are. Data connectivity is key to marketing opportunities. Over half of mobile owners do not use the internet on their mobiles so apps are not always the answer. Basic services like texting should be integrated within the media strategy.