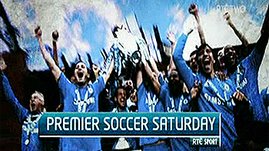 RTÉ’s soccer show Premier Soccer Saturday will be broadcast live before a studio audience for the first time on April 30 in a joint venture with the show’s sponsor, the Irish Sun. The studio audience will interact with presenter Darragh Maloney and panellists Ray Houghton, Ronnie Whelan and Kenny Cunningham.

Irish Sun readers will get the chance to win tickets to the show. Geraldine O’Leary, commercial director, RTÉ Television, said the event will be a first for RTÉ and rewards News International’s support for the show.