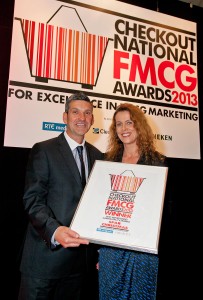 The Spar Christmas TV ad created by Publicis was named the best broadcast campaign at the Checkout National FMCG awards presented at a lunch in the Four Seasons Hotel. The Spar ad shows fir trees in unusual settings, from the Beara Peninsula to a swimming pool and a bustling Middle Abbey Street. Shot over five days by Irish duo DADDY, it was set to a cover of The Raveonette’s ‘Christmas Song’ by Jape and Gemma Hayes.