Wilson Hartnell Public Relations (WHPR) has added the Specsavers account after a five-way contest. Neither WHPR nor the optician would disclose the other agencies which pitched. Director Lorraine Dwyer will head up the account team. WHPR’s other clients include Diageo, Unilever, Aer Lingus, Marks & Spencer and Adidas. 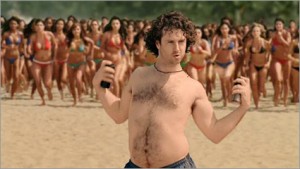 The Specsavers spoof of the Lynx Billions TV ad

Specsavers’ campaigns in Ireland include Spectacle Wearer of the Year, an initiative which focuses on the brand’s fashion and value credentials. Tara Goodbody from West Cork represented Ireland in the international grand final, co-hosted by Channel 4 presenter Gok Wan and model Kelly Brook at London’s V&A.

Specsavers has 36 stores in Ireland with new outlets opening soon in Swords, Portlaoise and Bandon. Pembroke Communications is to handle the Paralympic Council of Ireland (PCI) in the run up to next year’s international games in London. The agency has also been appointed to handle Visit Scotland.