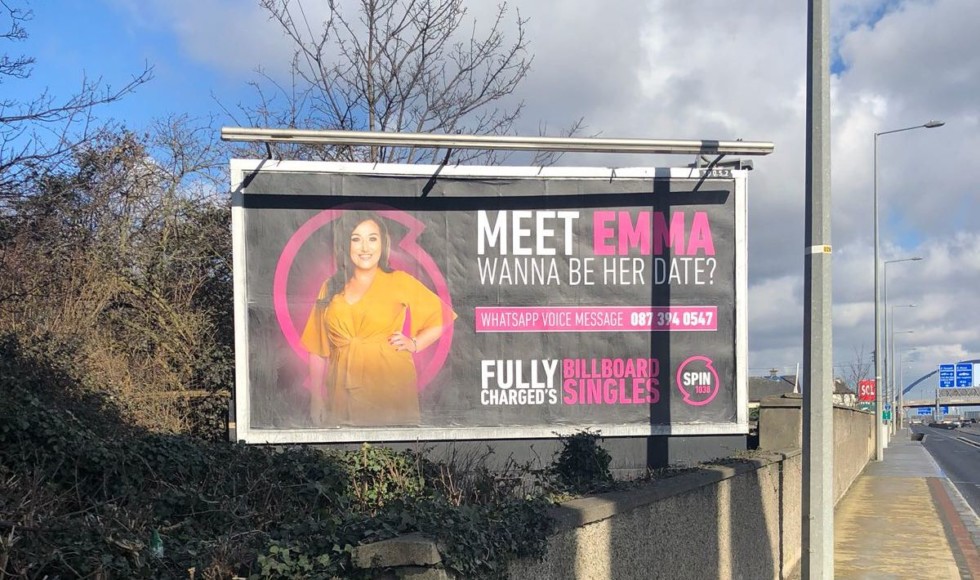 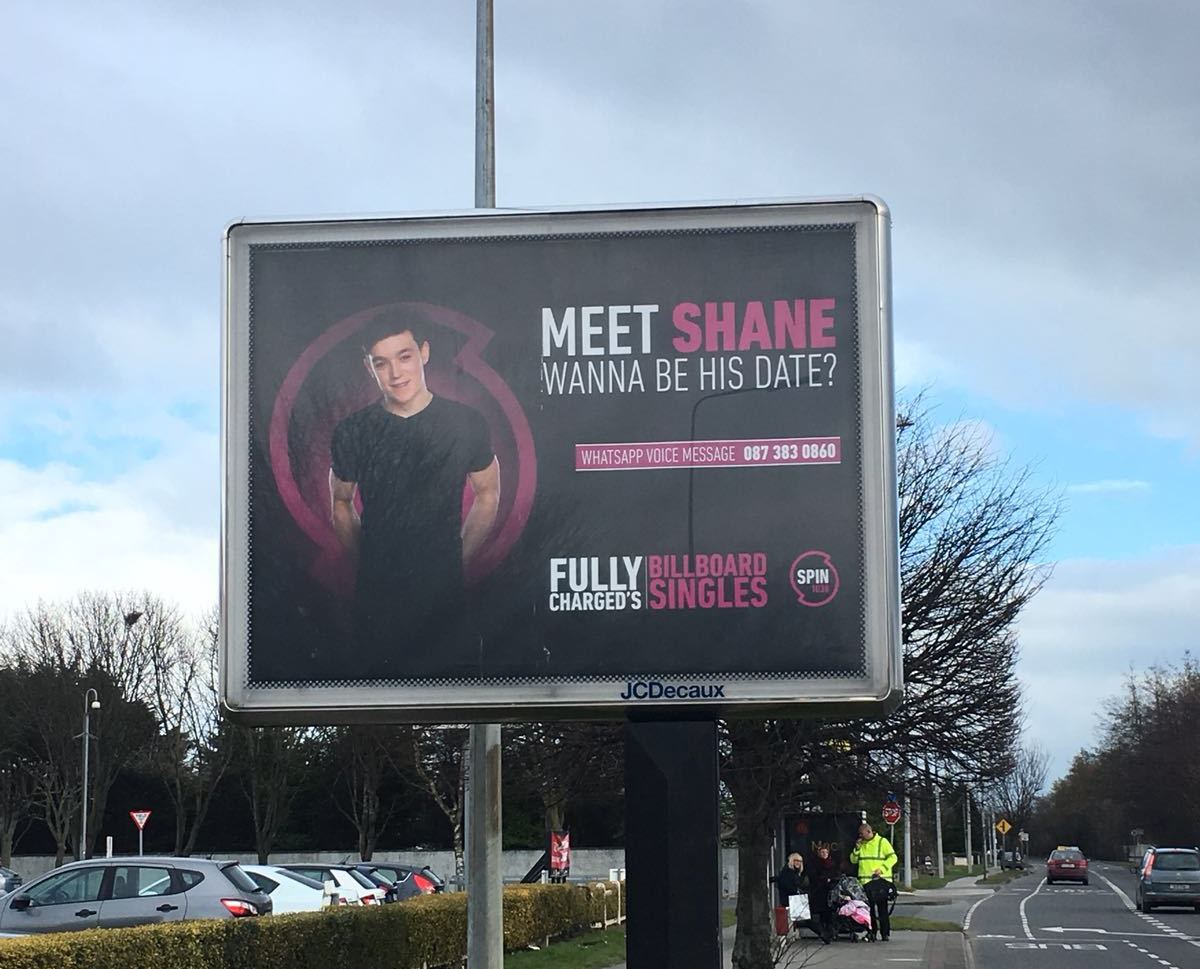 Spin1038 has revealed the four singletons that will appear on billboards around Dublin in search of love. Graham and Nathan, Spin 1038’s Fully Charged breakfast presenters, sifted through hundreds of entries and after a tough elimination process have decided on the four lucky singles that can be seen on various billboard sites around the capital.

Two guys and two girls were chosen to feature on their own billboard ad for two weeks. The first ever ‘Billboard Singles’ are Lorna from Glasnevin, recently back on the single scene who wants to shake up her dating game. Shane, from Mayo, who now lives in Ballsbridge, believes being a Billboard Single will help him as he tries to put himself out there more.

Then there is Emma from Clondalkin, who wants to try something completely new in her pursuit of finding ‘the one’. Niall from Beaumont has been unlucky in love and believes this is his last resort to find his true love. Those who like what they see and want to go on a date with one of the Billboards Singles just need to send a WhatsApp Voice Note.

The idea for Fully Charged’s Billboard Singles, an Irish radio first, developed on air after Graham and Nathan heard of the heartache their friend, ‘Rusty Rupert’, experienced on the dating scene. They decided the apps weren’t going to cut it anymore and they needed to introduce a new way to date. The duo came up with Billboard Singles.

Spin1038 said hundreds of applications were received from around Dublin.