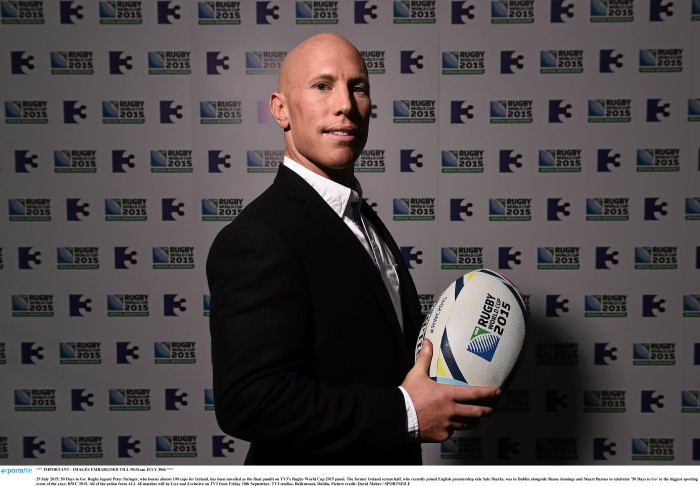 Former Munster scrum half Peter Stringer has been unveiled as the final pundit on TV3’s Rugby World Cup (RWC) panel. Capped over 100 times for Ireland, Stringer, who recently joined English premiership side Sale Sharks, joined Shane Jennings and Stuart Barnes in highlighting the biggest sporting event of the year – the RWC 2015 in England and Wales.

Action from all 48 matches will be shown live and exclusive on TV3 and 3e from Friday, September 18 and streamed live on 3player. Joining Stringer and Jennings on TV3’s analysis team will be former Ireland and Lions hooker Keith Wood, coach Matt Williams and former Ireland international Hugo MacNeill, who played club rugby for Oxford University.

The commentary team will be led by the BBC’s Conor McNamara, Stuart Barnes of Sky Sports and Irish Times analyst Liam Toland. Newstalk’s David McIntyre will be around for some of the big games. Former Munster academy member and TheJournal.ie writer Murray Kinsella will also join Matt Cooper and TV3’s Sinead Kissane in the studio.