Talking through shows most annoying for TV viewers

People talking while others watch TV programmes is is the most annoying habit for Irish viewers, a survey by Sky Ireland reveals.  Random chat was said to be the biggest irritant for 56 per cent of the 1,051 viewers interviewed for Sky by the Publicis research agency Ask Chilli. Channel surfing was next in line, with a 43 per cent annoyance rating, followed by hogging the remote control and talking on the phone, both on 36 per cent.

Almost one in three respondents said revealing a show’s ending annoyed them most. There was a clear gap between what annoys men and women – with channel surfing and hogging the remote getting up the noses of most women, while most men are irritated by people talking on the phone. As regards to who claims to be in charge of the remote control, 22 per cent of men said they were, compared to 12 per cent of women. 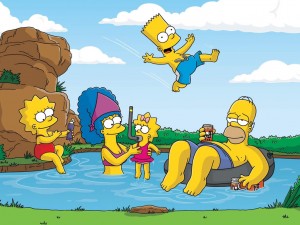 Women’s top TV shows include EastEnders, Coronation Street, Grey’s Anatomy and Desperate Housewives. Men prefer to watch Top Gear, The Simpsons and Soccer Saturday. Friends is women’s favourite TV theme tune, while most men go for Match of the Day. Favourite TV catchphrases are ‘There’s one for everyone in the audience’ used for years on the Late Late Show and ‘Here’s one I made earlier’ on cookery programmes.