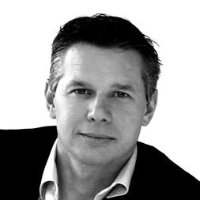 An Post has made a decision on its above and below the line services and strategic planning accounts. Target McConnells, the agency run by Geoff McGrath (pictured), has been appointed to handle the group’s creative and direct marketing requirements. MCCP, the agency run by former McCann Dublin and Diageo executive Kay McCarthy, has been awarded strategic planning work. The contracts cover all of the group’s divisions, including OneDirect, whose media campaigns are fronted by well-known comedian Pat Shortt.

Media buying and planning was not part of the An Post review and so remains at Starcom.

Up until recently, An Post’s advertising and below the line work was handled by Dialogue and Javelin, neither of which took part in the review. The other two agencies that pitched were Cawley NeaTBWA and DDFH&B-JWT. Pat Donnelly is a director of Target McConnells, which is a year in business next month. The DDFH&B’ group’s head of below the line services, Gary Brown, worked on several award-winning campaigns for An Post and his company won agency of the year at the An Post direct marketing awards four years in a row.

The An Post appointments are regarded in adland as significant gains for both agencies. Strategic planning is a new service for the semi-State postal group. Other MCCP clients include Heineken, National Cancer Screening Service (BreastCheck and CervicalCheck), Kepak, Irish Ferries, Red Bull and Muller. The An Post review was managed in recent months by Agency Assessments’ pitch doctor Brian Sparks.