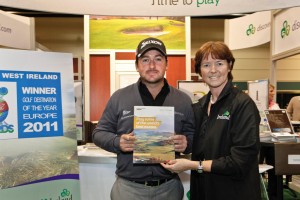 The European Tour has commissioned PR youth communications agency Thinkhouse to help increase its social and digital presence for the 2014 Irish Open. The golf tournament, to be played at Fota Island, Cork, from June 19-22, is regarded as one of Europe’s most prestigious sports events. Thinkhouse will create and manage an online ticketing campaign for golf fans in the build-up to and during the tournament.

With leading Irish players such as Rory McIlroy, Graeme McDowell (above), Pádraig Harrington, Shane Lowry and Darren Clarke likely to take their place in the line-up alongside a number of top-ranked international players, online and social media traffic is expected to peak for this year’s event. Thinkhouse’s sports portfolio includes the Heineken Cup, UEFA Champions League (Heineken) and Irish international football with Three.

The agency run by Jane McDaid with Jamie Macken as sports director has also worked on sponsorships for brands such as Coca-Cola to include the 2012 Olympic Games and the 2011 Rugby World Cup with Heineken.

Thinkhouse’s involvement in this year’s Irish Open comes off the back of a successful 2013 partnership, also built around a targeted digital media campaign. Thinkhouse will once again work with the European Tour to further improve online ticket sales for the 2014 event. For tickets, prizes and more info, visit www.irishopen.ie