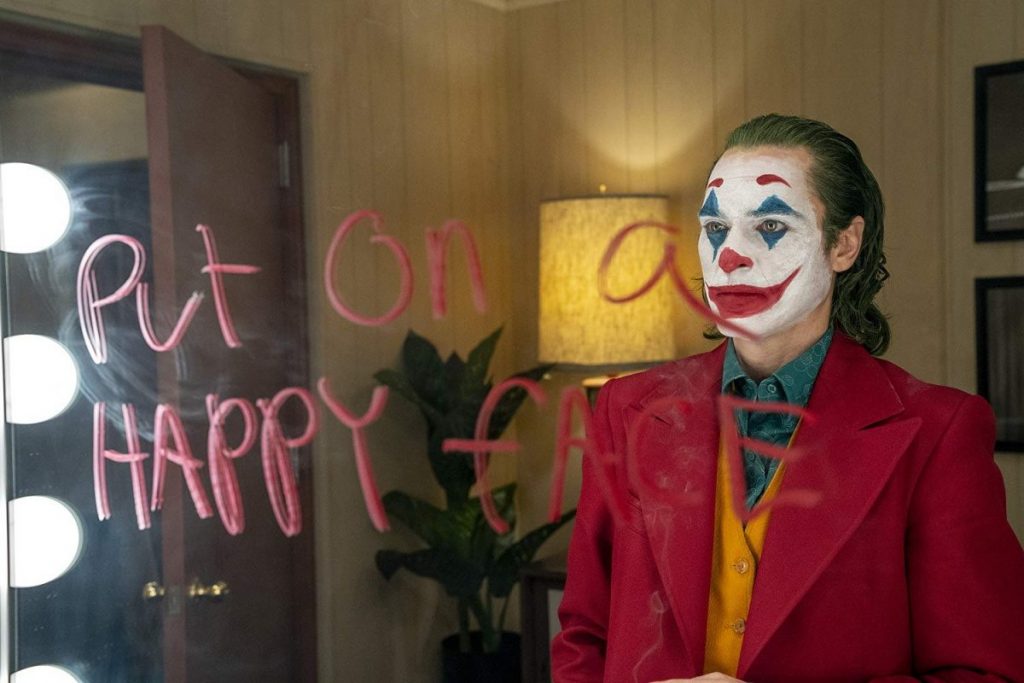 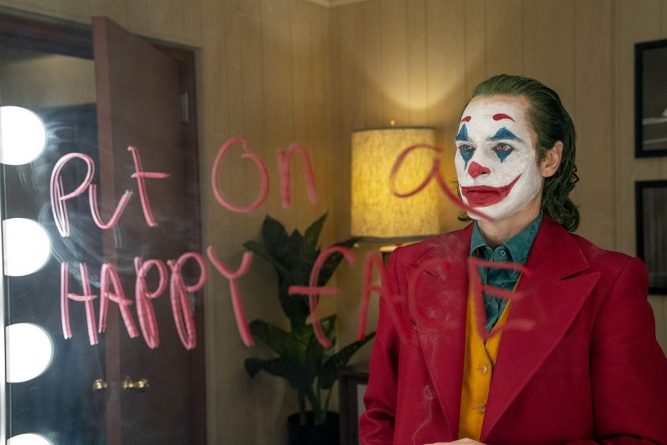 Geraldine Walsh wrote a really good article for this week’s Health+Family section in The Irish Times. Entitled ‘Comedy and mental health: It’s like low-calorie therapy’, the article explored how some stand-ups believe finding humour in dark places can be good for people’s wellbeing. Walsh began her article with a quote from Irish stand-up Therese Cahill.

“Pain plus time equals comedy” is a rule which sits well with stand-ups.

Cahill is disabled and has two types of depression. Due to chronic pain, she is morphine dependent. She takes medication to even out her mood so she can function daily and, when finances allow, she attends counselling. Cahill has always loved making people happy, believing that it’s hard to laugh and be angry with someone at the same time.

Walsh said that people have long been fascinated by the idea of the sad clown. In the Oscar-nominated movie Joker, Joaquin Phoenix, pictured above, plays a man battling mental anguish which appears to have its origins in his childhood. Comedy and mental health is like low calorie therapy… “Cos ya gotta keep it light! Boom! Boom!”

To read the article in full, click on https://www.irishtimes.com/life-and-style/health-family/comedy-and-mental-health-it-s-like-low-calorie-therapy-1.4172712

Roy Keane and his dog got stopped at a checkpoint near Bandon. Keano gave the Garda a stare that could crack open a safe. “Ah, cop on will ye,” he told the sergeant in his finest Cork accent, “shure aren’t we just doing what you told us to do – walking from home.”

The Grim Reaper came for Joe last week but he beat him off with a vacuum cleaner. Phew, talk about Dyson with death.

When Milton Jones was young he’d walk through the hall door and he’d get hit by roast beef and lots of veg. He’d open the airing cupboard and there was spaghetti Bolognese all over him. He didn’t know where his next meal was coming from.

After the Government’s new Covid-19 measures were introduced, Ciara watched every episode of Game of Thrones on Now TV non-stop. She ended up Stark raven mad.

Traffic lights were stolen in Carlow the other day. A Garda spokesman said some criminals will stop at nothing.

Mick Jagger must be the only rock star who retires to bed before his son.

Wimbledon is off. John McEnroe’s reaction: “You can’t be serious!”

If no man is an island, where does that leave the Isle of Man?

Ads for Persil show how it removes blood. But if you’ve a shirt full of blood stains, perhaps laundry isn’t your problem.

Lucy was asked by her science teacher who invented the thermometer? She replied: “That would be Freddie Mercury, sir.

Master of the one-liner? The captain of The Titanic.

Asked how he’s coping with the current crisis, Shane MacGowan said that never in his entire life could he imagine his hands consuming more alcohol than his mouth.