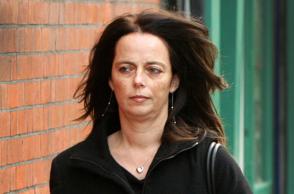 TV3 has confirmed it has cancelled a fundraiser telethon event for Unicef as a result of Melanie Verwoerd’s dismissal from her job as chief executive of Unicef Ireland, the Evening Herald reports. The telethon, due to air on TV3 in October, was expected to raise substantial funds for the children’s charity.

TV3 was negotiating a two-hour broadcast fronted by actor Liam Neeson, who is a Unicef goodwill ambassador, along with some high profile celebrities. But TV3 director of programming Ben Frow said the event will now not go ahead following Verwoerd’s sudden departure from Unicef.

Frow told Herald reporter Alan O’Keeffe that Verwoerd, a former South African ambassador to Ireland, had “a fantastic contact book”. TV3 had no plans to revisit the event without her. Verwoerd was sacked from her job over the publicity surrounding her relationship with the late RTE broadcaster Gerry Ryan.

Verwoerd is considering her legal options and until then will make no further comment on the matter.

In a statement issued by Conor Dempsey of Slattery Communications, Unicef said the cancellation of the telethon had nothing to do with Verwoerd’s sacking.  They had decided on dropping the event well before her departure. Unicef ambassadors Liam Neeson and Roger Moore have strongly criticised Verwoerd’s sacking.

Unicef Ireland’s board, which is chaired by Paul Connolly and among its members is longtime Fianna Fáil activist PJ Mara, said they did not dismiss its executive director because of her relationship with Gerry Ryan but rather over her future role with the charity. It was not an arbitrary decision but had unanimous board backing.

There remained a “significant impasse” between the two sides.