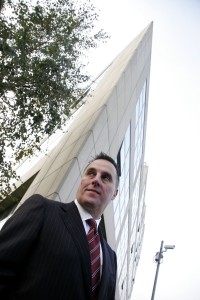 TV3 has joined independent radio broadcasters in giving the RTE plan to provide national newspaper groups with free TV news clips the thumbs down. David McRedmond (pictured), chief executive, TV3, said the proposal was “reckless” as it would have the effect of undermining the viability of the wider online industry.

“RTE should concentrate on getting its online activities to make money,” McRedmond said. “That would then set a marker for the whole industry.” The TV3 statement followed comments made by Independent Broadcasters of Ireland (IBI) chairman, Scott Williams, who is chief executive of Q102.

Williams said the proposal was a “knee-jerk reaction” by RTE to try and defuse the row with the National Newspapers of Ireland (NNI) over the national broadcaster’s online operations. He said Irish taxpayers will be subsidising not only RTE but also loss-making newspaper websites.