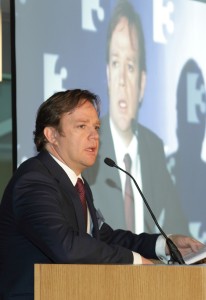 TV3 commercial director Pat Kiely has described UTV’s move to launch a station in the Republic next year as an opt-out bid to win a greater share of the Republic’s advertising spend. In a cover story interview in the March issue of Marketing.ie, Kiely says UTV is already in the market but what they are now proposing to do is to move into opt-out, in the same way as Sky, the Viacom channels and most recently Channel 4 have done.

When asked about the extended focus UTV promises with its regional news and current affairs content through the establishment of local studios in Cork, Limerick and Galway, Kiely replied “let’s wait and see”. He said the market saw that previously with Sky News Ireland. He was not aware of UTV having other programming plans, “so to all intents and purposes” what they plan to do from next January amounts to an opt-out.

Kiely said TV3 expects to roll out HD in a few years from now.