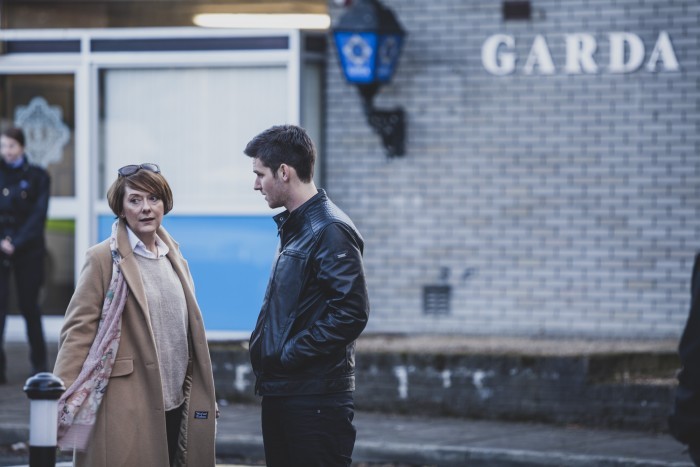 TV3 reports that its  new soap Red Rock reached 410,800 viewers on opening night. An average of 323,000 viewers watched the drama set in a coastal Garda station, with a 18.3 per cent audience share. Another 18,300 viewed the show on TV3 +1 channel. The peak minute, at 20:37, delivered an audience figure of 371,100. The series is co-produced by Ed Guiney’s Element and Company Pictures. Ogilvy created the ads with media buying by Mindshare.

Red Rock’s debut ratings figure was almost level with Emmerdale which pulled in an average of 325,000 viewers. The soap, set in rural England, is now shown exclusively on UTV Ireland, as is the top-rating Coronation Street. The first episode of  Red Rock began with the gruesome discovery of a beaten up Darren Kiely, reigniting a bitter family feud between The Kielys and The Hennessys, which looks set to develop further as the story progresses.

On 3player, the first episode of Red Rock is also the most viewed episode of a soap ever. Red Rock was also a big television talking point with #RedRock trending third highest in Ireland after #CharlieHebdo and #JeSuisCharlie. #RedRock is still trending this morning.  Red Rock, which stars Cathy Belton and Denise McCormack from Love/Hate, is shot on locations around Dublin, including Drimnagh and Dun Laoghaire. Indoor filming takes place in the old Player’s tobacco factory on South Circular Road.

Red Rock airs on TV3 every Wednesday and Thursday at 8.30pm.