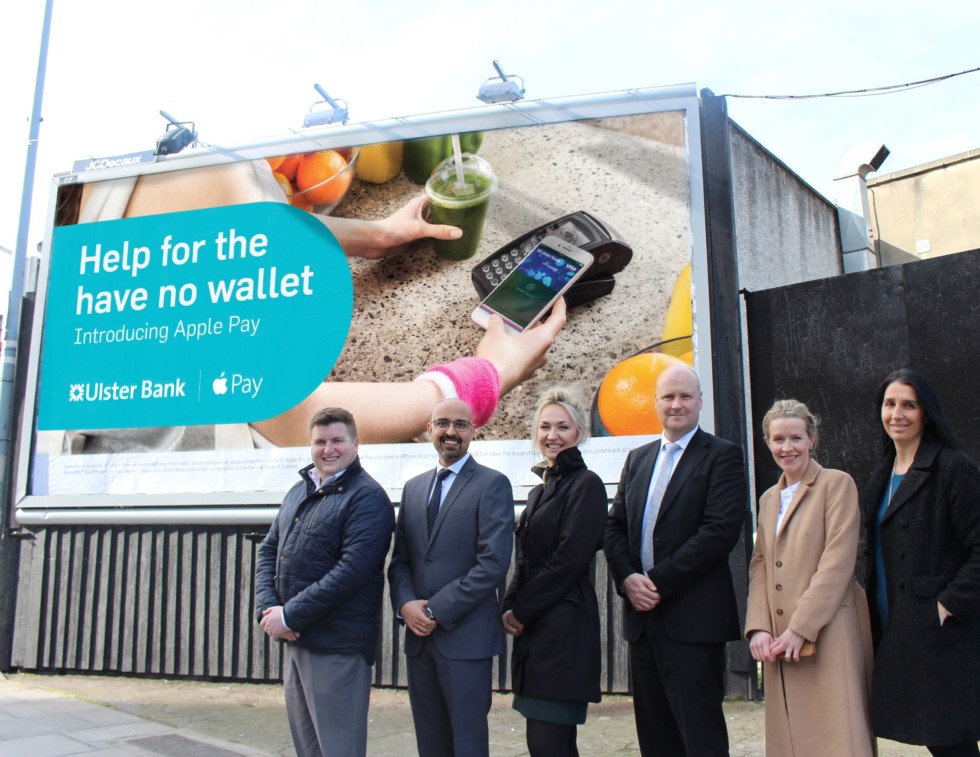 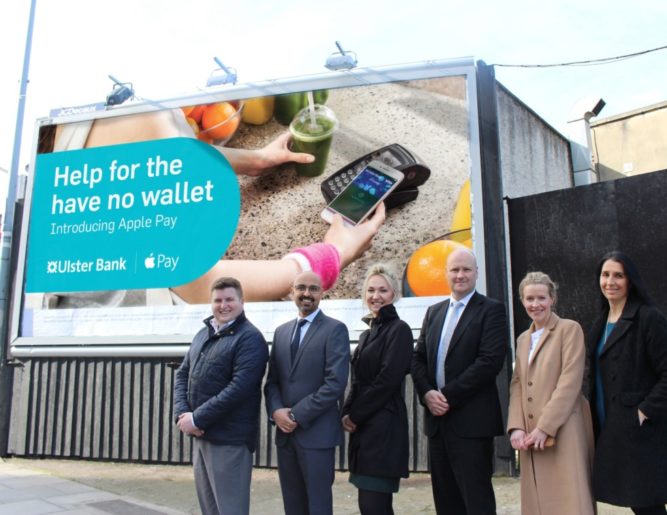 Ulster Bank has launched an out of home campaign to launch Apple Pay. The campaign uses creative by In the Company of Huskies with media by Core’s MediaVest and poster specialist PML. The campaign comprises 48 sheets, 96 sheets, Golden Squares, bus shelters and digital panels. The bank’s app was the first to offer TouchID in Ireland with backing from RBS.

Security and privacy is at the core of Apple Pay. When you use a credit or debit card with Apple Pay, the actual card numbers are not stored on the device, or on Apple servers. Instead, a unique device account number is assigned, encrypted and securely stored in the secure element on the device. Each transaction is authorised with a one-time, dynamic security code.

Commenting on the launch, Ulster Bank’s director of customer experience and products Maeve McMahon said customer-centric innovation is important to the bank, and Apple Pay will make mobile payments easier for our customers. They will be able to pay for goods and services anywhere contactless payments are accepted, using their iPhone or Apple Watch.