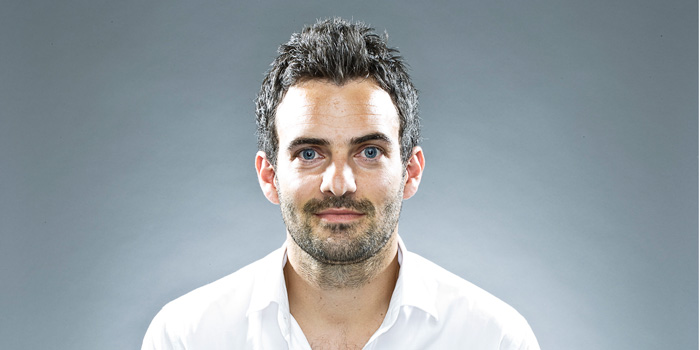 Rory Charles Murray Hamilton is creative director and partner at Boys and Girls. Lost as a child and raised by magpies, he is often blamed for anything missing in the agency – or so he claims. He likes shiny things, which explains why he has so many gongs under his wing. He previously worked at Irish International and McCann’s and is a big kahuna in ICAD.

At work, I’m happiest when I have an idea, just before I figure out what’s wrong with it. At home, it’s when my youngest daughter gives me a hug, just before I find out that she wiped her nose on my shoulder

A watch my father gave me. I’ve worn it non-stop for 23 years

Embarrasingly – the soundtrack to Frozen. It’s not even the first time I’ve bought it. It’s on in the car on a loop. Wish I could just let it go, let it go

That I think I’m great

My kids. Sometimes my mind

Adidas ‘Impossible is Nothing, where Ali spars with his daughter

Can a car be a gadget? I love cars

My bank. Lots of money is spent telling people how helpful they can be. Dealing with them proves entirely otherwise

Does anything beat calling a teacher “Dad” in school? A police escort through San Salvador at 2am to find a toilet might come close

My wife and family.

A decade earlier or 10 years later would suffice. My generation saw the eye of the storm

“This too shall pass”

Prawns followed by lobster. Since I’m allergic to shellfish, they’d kill me before the executioner gets a chance