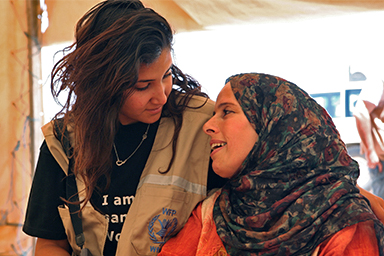 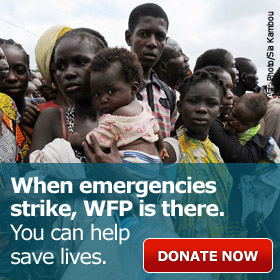 Eoin Wrixon, CEO, Wide Eye Media, said the company was honoured to be working with the UN World Food Programme and SAWA in the fight to tackle world hunger. Wrixon described the ad as a powerful reminder of what we are losing when someone dies from hunger. “We would encourage everyone to download the Share-The-Meal app,” he added.

The 60-second cinema ad was created by industry legend Sir John Hegarty and The Garage Soho. It was directed by Lynne Ramsay and produced by Somesuch & Co. SAWA, the global cinema advertising association, in association with the WFP, is airing ‘Feed Our Future” in cinemas in over 25 countries with a call to action to download the app.

The ad shows a bustling news conference with journalists vying to interview the recipient of a breakthrough medical research award. But the journalists learn that there was ultimately no medical breakthrough. The chilling conclusion reveals that Miriam Adeke, the young woman in question, had in fact died of hunger when she was only eight years old.

To further connect audiences with the ad, a unique Facebook Messenger integration allows viewers to engage with the character of Adeke to learn more about her story and the issue of hunger by searching for the Share-The-Meal app. It is thought that 821 million people, roughly one in nine of the global population,  still go to bed on an empty stomach.

Three million children die every year of hunger or malnutrition.

For more on ‘Feed Our Future’ go to www.wfp.org/sharethemeal.