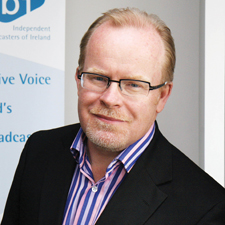 RTÉ group commercial director Willie O’Reilly is to leave the national broadcaster to pursue other interests. Reporting to the director general, O’Reilly has been a member of the executive board. He led all of the divisional and cross-divisional commercial staff and operations and was responsible for the planning and development of commercial strategy.

He has worked in broadcasting for almost 30 years in both in the private sector and in RTÉ. He was chief executive of Today FM before which he worked as executive producer of The Gerry Ryan Show for 10 years. During his time in Today FM he managed changes of ownership from private individuals to Scottish Radio Holdings to Emap and later Communicorp.

As a former President of the Institute of Directors (IoD), he helped establish the IoD as a leader in director education. He graduated as a chartered director. He was also a board member of the HSE and a member of that organisation’s audit committee. He served as chairman of IBI, the representative body for Irish independent radio stations.