WPP to return to UK

WPP may move its group operation back to the UK after tax changes by the British government in yesterday’s Budget. Chancellor George Osborne said they were “open to business” and would adopt a competitive tax regime with reforms on foreign companies and a 5.7 per cent rate on overseas financing income by 2014. 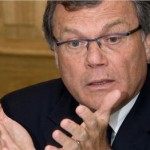 The advertising group,  which includes JWT, Ogilvy, Grey, Mindshare and MediaCom, relocated its tax base from London to Dublin in September 2008. The move followed Britain’s corporation tax more than doubling in comparison to Ireland after Labour increased the tax on international companies’ foreign profits.

WPP boss Sir Martin Sorrell said he was not happy about the move to Dublin but as over 85 per cent of group revenues were generated outside of the UK, he had little choice. Ahead of last year’s British election, Sorrell said he would return to the UK if overseas profits were not taxed and rates were allowed stay the same.