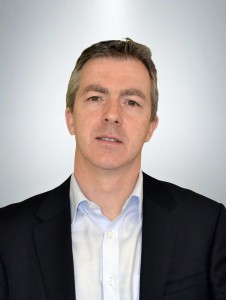 Eight in ten 18-34 year olds their TV, laptop and tablet before their smartphone. It is their ‘desert island’ device that they ‘cannot live without’. TV was selected by just seven per cent of the respondents and tablets still have a way to go to generate a major media impact., a report by Telefonica’s O2 Media indicates.

Fintan Lonergan (above), managing director, O2 Media, says TV now shares the living room with mobile as 57 per cent of 18-34s spend more or the same amount of time looking at their smartphone while watching TV.

The  rate falls to 49 per cent when measured across all adults.

“Of those surveyed, the smartphone is now more than sharing the living room with the traditional TV audience.  Almost six out of 10 18-34 year olds surveyed spend as much or more time with their eyes down rather than looking at the programme on screen. This is one area where mobile and TV can, and need, to work together to create powerful interactive messages to reach target audiences,” Lonergan added.