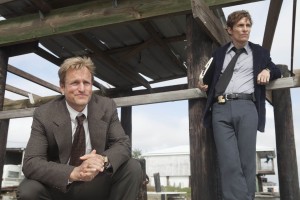 Sky is running a major marketing campaign to push its new dramas, including Fleming with Dominic Cooper on Sky Atlantic, The Smoke, with Jodie Whittaker and Jamie Bamber on Sky 1 and HBO’s True Detective, starring Woody Harrelson and Matthew McConaughey (above), showing on Sky Atlantic. McConaughey is Oscar-nominated for his role in Dallas Buyers Club which is in Irish cinemas from next week.