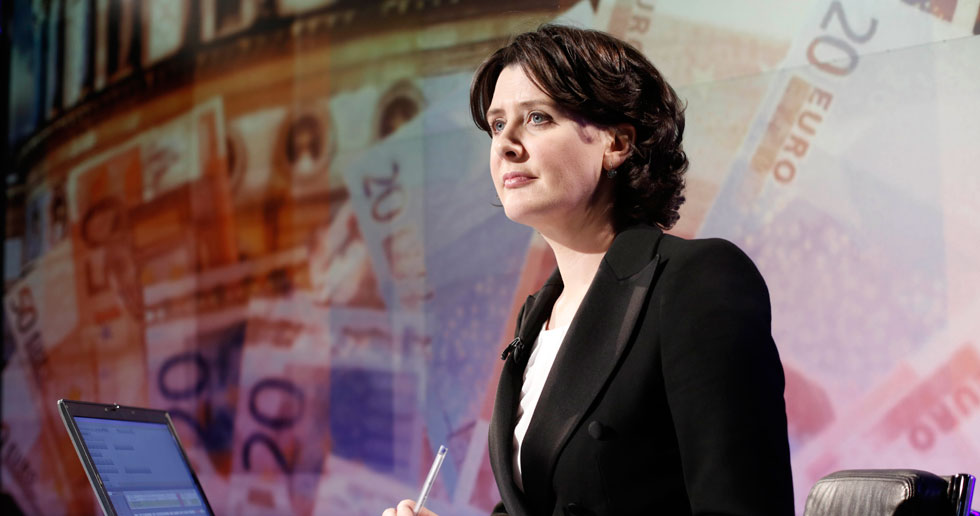 Keelin Shanley co-presents RTÉ’s Six One News. She worked as a reporter/presenter on Prime Time for over 10 years and made award-winning documentaries. She presented budget and election coverage, Morning Edition and The Consumer Show. She was also a reporter for Radio France International and CNN World Report. She studied biochemistry at TCD.

Swimming at the Forty Foot makes any concern disappear and lifts the whole day. There’s nothing like coming home from work on a Friday evening sitting down with family for good food and a movie or a series on Netflix

02 What’s your most treasured possession?

03 Your social media platform of choice?

I have a love/hate relationship with Twitter. I love it for flow of information and occasional hilarity, but I should probably spend less time scrolling aimlessly

04 The worst job you’ve ever done?

Killing rats. It wasn’t really a job. It was part of a research project into schizophrenia I was working on in Bologna after leaving college but pretty gruesome especially since they kept moving after death. I also found being a chamber maid pretty tough

05 What ambitions do you still have?

That’s a tough one. I’m happy presenting the news and especially love being part of the newsroom on days when big stories break and you get to be part of a big team springing into action. I also love radio as a medium, I enjoy the longer interviews, it’s something I’d like to do more of over the long term

Jennifer Johnston, William Boyd, Donal Ryan, Elizabeth Short and Anne Patchett. I’ve just read Luke O’Neill’s book, A Short History of Life and Death. If you’ve any interest at all in science and the world around us, it’s a must read

Either Godfather Part II or Clueless

People often think that I know a lot about the news we cover and the questions I ask. But often I genuinely don’t know the answers and am as keen as the viewer to understand more

Now the kids have finally decided their own beds are better than ours, the dog has stepped into the gap and comes scratching at our bedroom door at all hours of night

I really liked the ‘Always Like A Girl’ campaign. Sometimes brands exploit social movements, but this was done with some passion. I’m also a fan of the Lidl LGFA ads, especially the short film they released recently on social media

It has to be my cursed iPhone

It might sound sugary, but it has to be my kids. Also, Dougal, the aforementioned dog

I’d like to straighten out inequality in Irish society. I worked for years on social documentaries for Prime Time, dealing with topics from drug abuse, to prison to the sex industry. I saw first hand how a child’s future is all too often set by the family and environment into which they’re born. It’s not just about money, it’s about opportunity, support and having role models

18 What would your younger self think of you today?

I think I’d be very surprised. TV was never something I saw ahead. I was quite a shy child and adolescent, I always thought I’d end up as a scientist. I’d probably be disappointed that I don’t listen to The Smiths quite as much

I think I’ve been pretty lucky in life so far. A few ups and downs like anyone but overall lucky, especially with my husband, my kids and my family and friends. So it would have to be a seven