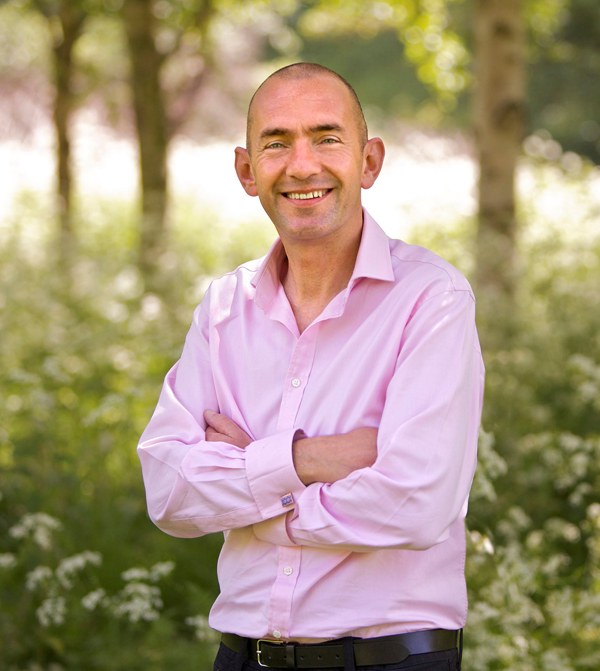 Larry Ryan has been asking questions since he was a small boy and is a director and part-owner of Behaviour & Attitudes. B&A has won 18 research excellence awards in the past six years, with 2015 prizes for RTE and AIB studies. He helped to expand B&A’s global network, International Research Institutes, to 34 countries.

My dad died in 1997 and was never very acquisitive or flash, but did buy himself a great watch when he lived in Brazil in the 1940s. It’s a Tudor Oyster Crown – an early Rolex’s brand extension. I wear it with care a few times a week

Question mark indeed! I don’t get them at all. Shazam if you must.

Three months as a chimneysweep in 1987

Pulp Fiction or The Third Man

I unwittingly blanked lots of people I knew until I had my eyes lasered at 30. Never sure if I was assumed blind, rude or both

I go running early in the morning and try to wake up before the alarm, so that I don’t wake herself too. That and sundry demons/unwritten presentations

I was caught in the desperate snow of 2012 – all six days of it – and went out and bought myself an Audi Quattro, which ‘can climb up the curtains like a cat’.

Hasn’t snowed since, of course

Meeting an elderly neighbour while accompanying- and filming – a lady, ‘clearly not your wife’, who was doing her weekly shopping, as you do. That I pay women to let me do this didn’t allay her concerns at all

Living in Camden about 1976, chosing between playing guitar for the Clash or the Pretenders. Chrissie Hynde would likely have won out

My boss at Diageo, Peter Nash, a great man for advice: Nash’s laws indeed. “Never make someone else’s problems your own” and “Always reserve the right to take a completely irrational dislike to about one person in every ten” are two favourites

An antidote to the lethal injection would be good. Failing that, it would have to be the liver with fava beans and a nice chianti