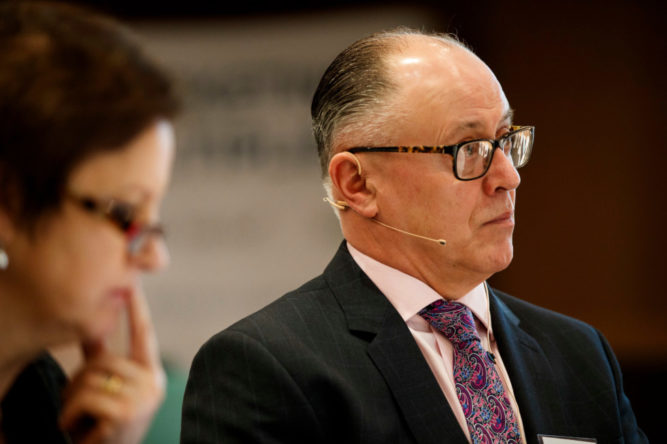 “Never in the history of advertising have two market players enjoyed such a share of the investment from brand owners. Global digital ad spend will account for just shy of 40 per cent of total ad spend in 2017. Google and Facebook represent almost half that amount (31.7 per cent and 14.7 per cent respectively), a recent analysis released by eMarketer confirms.

So nearly a fifth of all ad budgets goes to these two platforms today. Things are unlikely to change any time soon. For all the talk of #deletefacebook and recent announcements that Mozilla, Commerzbank and some WFA members pulling their ads from the platform, it look as though that major brands will not desert Facebook in big numbers.

That means that we have to work through our problems together. The revelations that upwards of 50 million profiles of Facebook users had been harvested – that people’s (and their friends) status updates, likes and in some cases private messages were unknowingly accessed – all with a view to potentially influencing an election – is quite shocking.

The implications go far beyond our industry. It’s symptomatic of an age where the digital ecosystem has got out of control. The notion that personal data can be collected without people knowing or consenting is plain wrong. The EU’s General Data Protection Regulation (GDPR) – which will seek to give people control back of their online identities from May.

Since the GDPR impacts companies wherever they are in the world if they want to process the data of European citizens, this is effectively going to become a global standard for many global or regional brand owners. In the coming weeks, the WFA will be launching a data transparency manifesto with the support of major brand owners.

The WFA will call on advertisers to adopt a mind-set of “people first” rather than “data first” – a rallying cry to build a data ecosystem that properly respects consumer choices and their right to control their own data. It is brand owners’ ad spend that ultimately power the whole online advertising ecosystem – and ultimately fund Facebook and Google’s profits.

We will be calling on Facebook to be open with us and explain what has happened and what further revelations we can expect. Brands will need to play a major role in rebuilding a digital ecosystem where people decide who they share their data with, when and how. It will lead to major upheavals but ultimately that’s the only sustainable solution.”