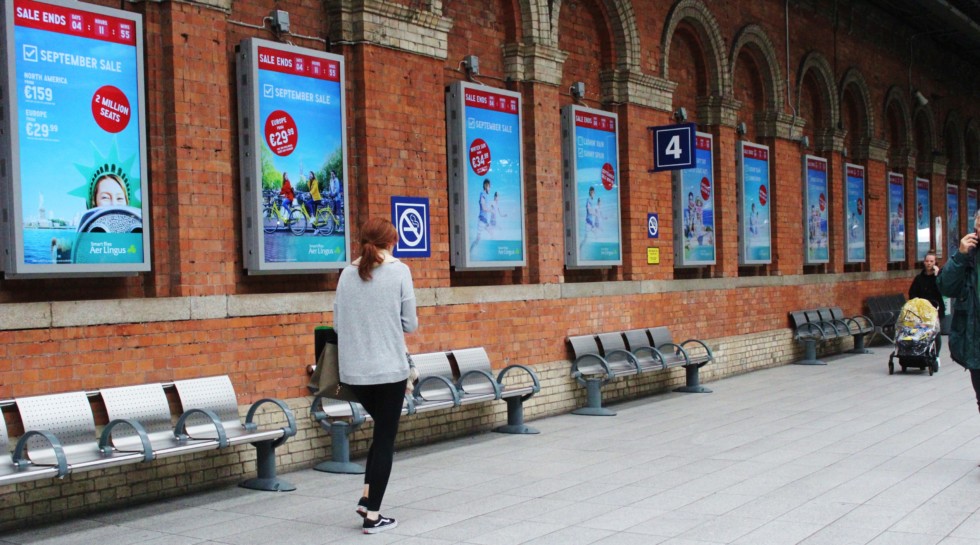 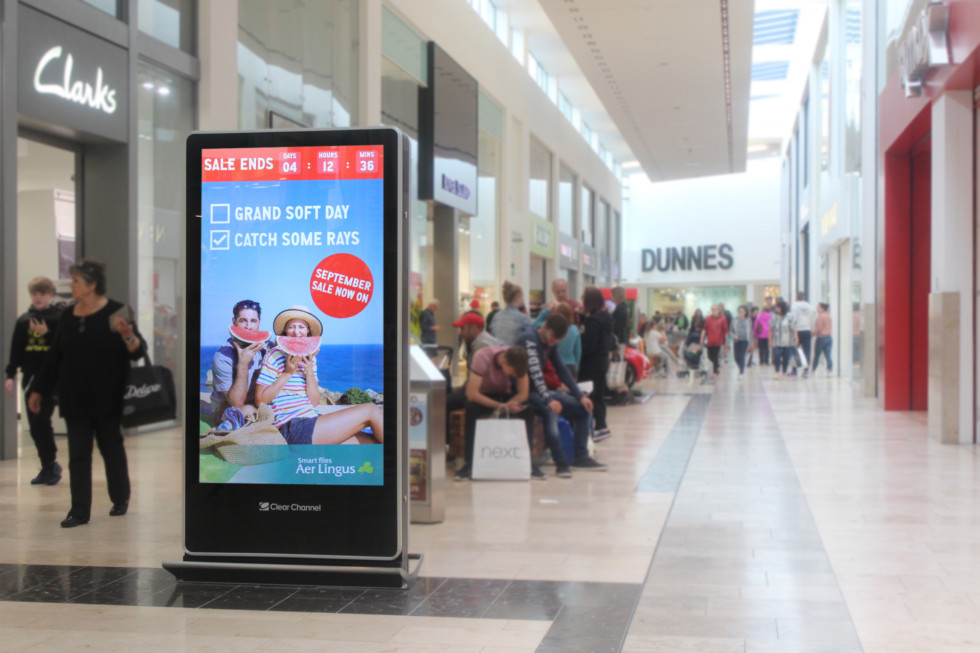 Aer Lingus has announced its September sale and has embarked on an OOH advertising burst to promote the seat bonanza using multiple data triggers. As part of the campaign, the airline carrier has launched contextual 48 sheets and dynamic digital screens, promoting the airline’s range of winter breaks and earn front of mind awareness.

Aer Lingus teamed up with Carat, KK Outlet and PML and the OOH agency’s pinpoint mapping data. Multiple data triggers were incorporated using PML’s Dynamic platform to deliver tailored content and deepen the relevance of the messaging to the audience. It allows digital campaigns to run seamlessly across multiple networks and media owners at scale.

The triggers encompassing dynamic scheduling and content include weather, with live weather data triggers a creative change in that once it starts raining new taglines ‘Grand Soft Day’ and ‘Lashin Rain’ appear. A live countdown kicks in during the final days of the sale to remind prospective holidaymakers of when the great prices end.

Another feature is location, where contextual messages targeting rail commuters include “Commute Home – Trip to Rome” and “Dart to Bray – San Francisco Bay”. PML’s OCS travel and consumer survey shows that over a third of workers think about holidays when commuting, while over a quarter of adults do the same when out shopping or at weekends.