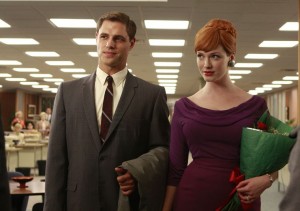 A free sponsorship of the third series of Mad Men, Matt Weiner’s drama set in Madison Avenue in the Sixties, is being offered to agencies in an initiative run by RTE TV sponsorship in tandem with IAPI and ICAD.

Agencies are invited to create a storyboard which will be used for the series’ stings. Advertisers will get six free stings for each of the 13 episodes.  Entries must be in by 5pm on Wednesday, December 16.

Docklands adds festival previews
Mr Tayto too much for bankers