Aldi confirms Kevin the Carrot is in fine fettle 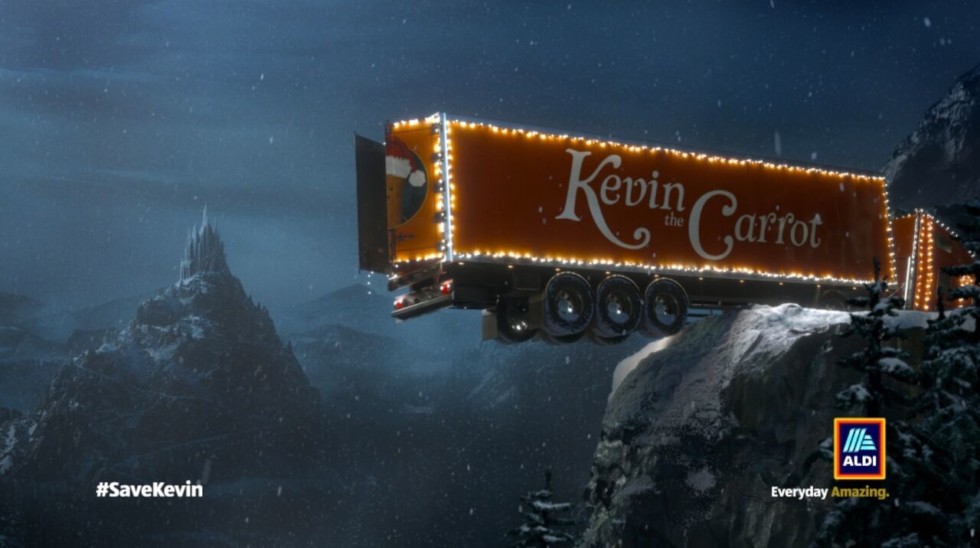 He was nearly toast after a perilous accident but now Aldi can announce Kevin the Carrot is back, reviving his role as an unusual Christmas hero with the latest ad scheduled to launch on tomorrow’s RTE News: Six One on RTE One. The 60-second commercial follows the Aldi Christmas teaser, which has been playing out to audiences over the last week.

The social outpouring has further reinforced his popularity with tweets including ‘Poor #KevinTheCarrot who will save him…’; ‘NOOOOO!!! #SaveKevin #KevinTheCarrot’ and ‘Keeeeevin, be safe #SaveKevin’.  TV viewers were left in suspense, guessing whether Kevin survives after crashing his truck in treacherous conditions in the snow.

Created by McCann Manchester, this year’s campaign is running in the UK and Ireland.

Tomorrow’s ad introduces a new character, Pascal the Parsnip, who is on a mission to cause misery to returning favourites Kevin, his loving wife Katie and their three children: Chantenay, Baby Carrot and Jasper. With fatherly instincts at the root of Kevin’s bravery, he manages to overcome the perils of the Parsnip throughout the fairy tale adventure.

Dave Price, executive creative director, McCann UK, says the new ad is a tale of jealousy, food, rage, and more food; a story with deep roots, sometimes 12 or 14 inches long. Pat O’Regan returns to narrate the festive adventures of Kevin and his family and viewers may also recognise the soundtrack from Tim Burton’s Edward Scissorhands with Johnny Depp.