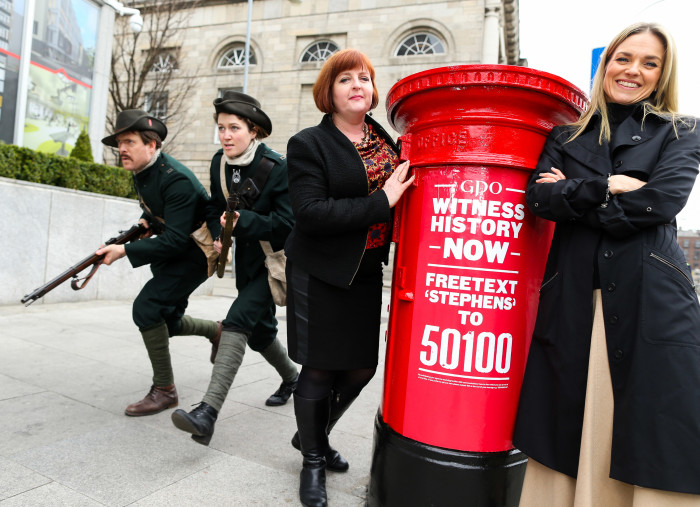 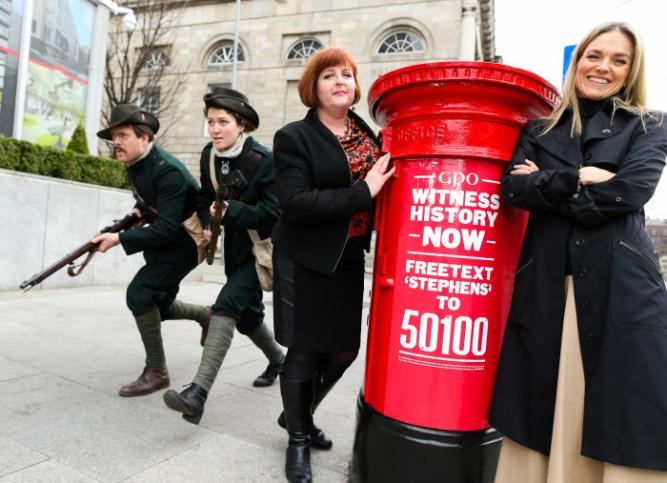 Target McConnells has repainted 10 post boxes in Dublin city and county Royal Mail red for an An Post campaign to mark the 1916 Rising centenary. The GPO Witness History initiative uses post boxes at landmark sites around the capital’s streets, along with free video links, to sell stories about some of the events which occurred in Dublin 100 years ago.

Members of the public are invited to freetext a keyword featured on their chosen postbox before receiving a video link on their smartphone. It plays a short video of the events that took place at the exact spot in which they stand. A question posed at the end of each video further engages the viewer with the story they have just witnessed.

Details are also provided of how to use a smartphone to book for the GPO Witness History Visitor Centre, one of the State’s 2016 ‘Permanent Reminder’ projects. The campaign runs until May. Pictured beside one of the red postboxes are Abi Moran (right), Target McConnells, Anna McHugh, An Post with ‘rebel snipers’ Dave Swift and Andrea Farrell.

For more on GPO Witness History, click on http://anpost1916.ie/