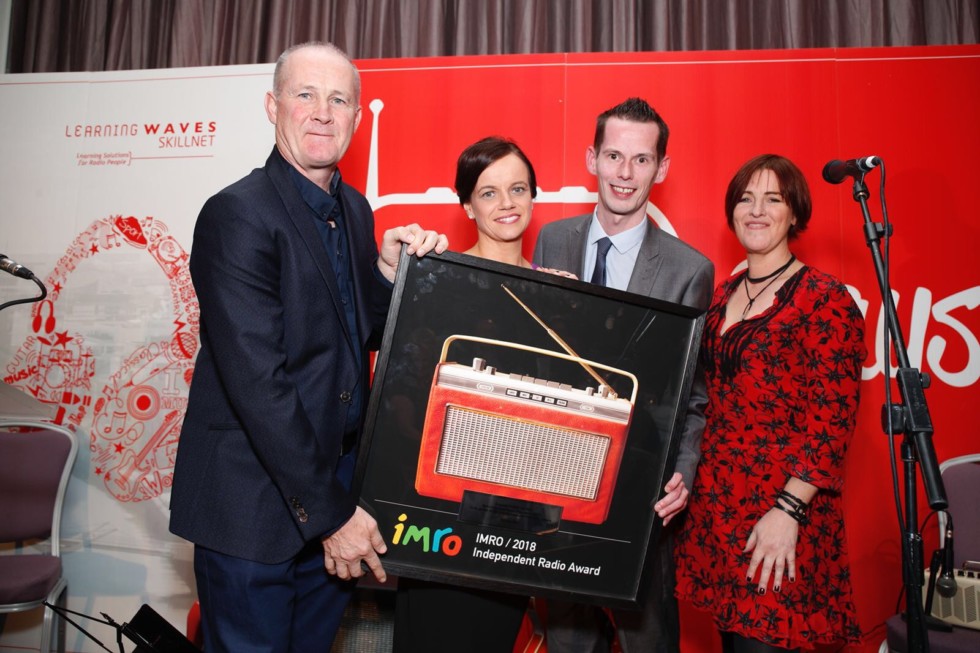 Beat 102103 has won the IMRO independent radio award in recognition of its continued commitment to supporting Irish music creators. The Waterford-based regional radio station broadcasts to counties Waterford, Kilkenny, Wexford, Carlow and South Tipperary. Beat’s commitment to Irish music can be seen in initiatives featured across the station’s schedule.

Live on-air sessions for Irish artists both signed and unsigned, Irish Beats a weekly two-hour show dedicated to Irish music with a specific focus on artists from the south east region, Irish artists on the playlist of every DJ on the station and opportunities for Irish bands and artists to perform at live venues through the region for listeners to Beat.

In addition, Beat is part of the Irish Association of Songwriters, Composers and Authors (IASCA) Play Irish initiative, which aims to increase the amount of Irish music played on radio. For its part, Beat highlights four Irish artists each month with one artists song played at 9.25 every morning for one week as part of the station’s breakfast schedule.

The award was presented by IMRO boss Victor Finn to Beat’s Gabrielle Cummins and Niall Power at the RadioDays conference in Dublin. Also pictured is singer Eleanor McEvoy