Boys and Girls press ahead 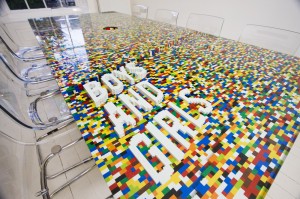 Boys and Girls is the overall winner of National Newspapers of Ireland (NNI) Press Ad of the Year for its ‘Kill Your Cravings’ campaign for Slimsticks weight loss products. Judge Neil Dawson, executive creative director of BETC in London, said the ads were “insightful and a fun way of addressing the issue”. The ads show a series of sugary snacks and sweets that have been ‘killed’ by Slimsticks. Copy was by Emma Cahill and Rory Hamilton and Bairbre McGlade was the art director. Media was handled by Gemma Gilmore at MediaVest.

Ogilvy won the best copywriting award for the second year in a row. This year TV3 won out for ‘Family Home’, which tells the story of a house on Henrietta Street in Dublin – “100 years ago, No 7 Henrietta Street was a family home for 13 families” . Copywriter Des Kavanagh and art director Laurence O’Byrne, whose work for the ISPCC has been widely lauded, accepted the award. Ken Nolan at Mindshare managed the media.

Following on from last year’s acclaimed Seven Signatures campaign for TG4, Publicis QMP was again honoured for its work for the Irish language TV channel winning best art direction for its Scealta Atha Cliath documentary series about one of Dublin’s most famous personages or venues. Copy was by Kris Clarkin and Neil Saul and Ger Roe was art director. Media was by Stuart Matthews and Rianne Rusthoven at MediaVest.

Irish International’s Cannabis campaign for the Road Safety Authority (RSA) won the NNI local and regional award. The ad, a “simple but alarming visual”, aims to raise the awareness of the dangers and possible consequences of driving under the influence of cannabis, the most commonly used illegal drug. Copy and art direction was shared between Dillon Elliot and Catherine Lennon. Media planning was by MediaVest.

For more details on the NNI Press Ad of the Year, go to http://www.nni.ie/pressadofthemonth/winners2011.html