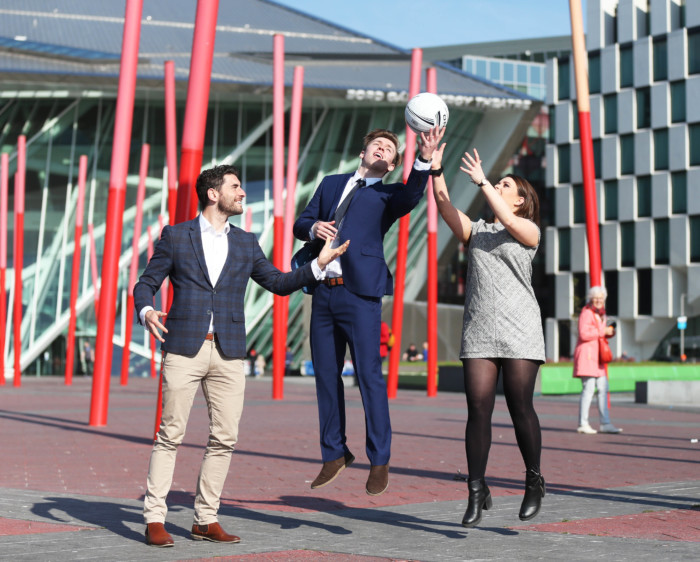 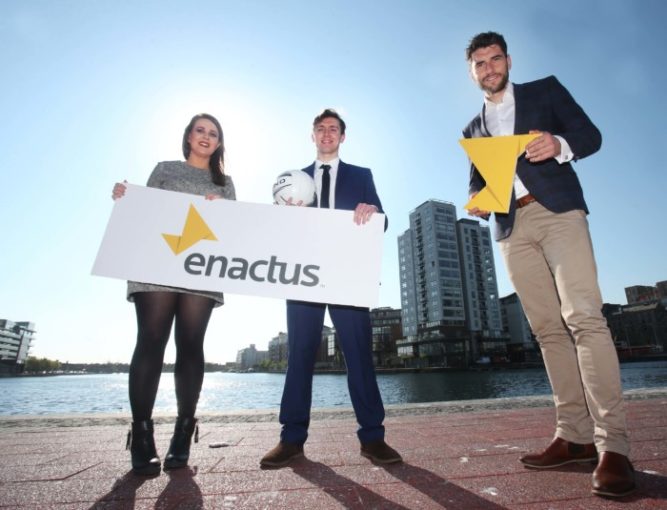 Dublin GAA player Bernard Brogan launched the 2016 Enactus Ireland National Competition 2016 taking place at the end of May. Brogan was joined by Enactus alumnus and World Cup participant Ryan O’Neill while studying for an MA at Maynooth and Pamela Sweeney, a third year TCD student who leads the team at this year’s Enactus competition.

Enactus is a global social entrepreneurship movement which partners students with academics and business leaders to develop business models which are socially responsible and have the potential to benefit people in need, locally and around the world. It is active in 36 countries globally and this is its fifth year to be held on Irish shores.

The winning team at the national final represents Ireland at the Enactus World Cup in Toronto in September. O’Neill is currently working full-time on his Enactus project, Access Earth, which was the winning project last year. The Enactus Ireland competition will take place in Chartered Accountants House on Pearse Street in Dublin on Wednesday, May 25.