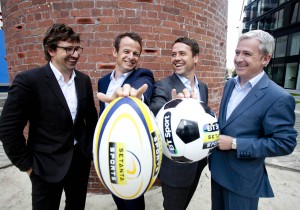 The tournament includes a play-off game in May to decide on the final places for the ERCC.