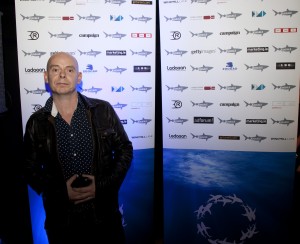 For the first time in 20 years, a film created by an Irish ad agency has been nominated as a finalist at the One Show awards in the US. The One Show provides a global stage for international work. Shortlisted is the Ogilvy Dublin short film ‘116000’ which was created for the ISPCC’s Missing Children’s Hotline. All finalists receive a merit award with the silver and bronze pencil winners being announced in early May.

It is the second year running that Ogilvy’s work for the ISPCC has been recognised at One Show. Last year their ‘Stupid Little Bitch’ radio ad, a bronze Lion winner at Cannes, was also a finalist. Directed by Richie Smyth, the copywriter was Des Kavanagh (above) and art director Laurence O’Byrne. Shot in the first person, it follows Molly from her decision to run away and her steps across a Dublin filled with danger and desperation.

The hotline number is reserved in each country in the EU for a Missing Children’s Hotline. In Ireland, the number has been operated by the ISPCC since December 2012. The number is available to take calls 24/7 and is free to the caller. The 116 000 hotline is available in 23 countries across Europe.