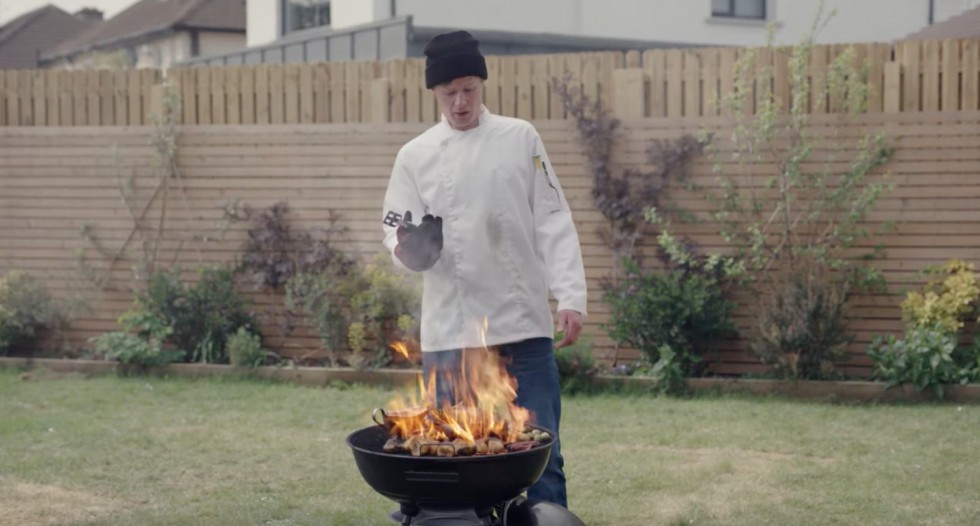 The third TV ad was once again created by Core Creative, produced by Pull the Trigger and directed by Chris Cottom. It runs across terrestrial TV, video on demand (VOD). Currys is keen to use humour in the ads to help make them  memorable and provide an Irish tone of voice, going beyond the standard electrical goods category product and price​ pitch.

Pauline Browne, marketing and ecommerce director, Currys Ireland, said the new ad helps to build the on-screen couple’s persona and chemistry giving the viewer a further insight into their domestic dramas. Actors Manus Halligan from Co Cavan and Áine Ni Laoghaire from Cork appear once again as the protagonists, struggling with a string of kitchen disasters.

In the first ad in the series, the couple were seen dealing with a fridge-freezer breakdown. They visited Currys to purchase their new appliance in a social media exclusive. The second ad in the series returned to the couple’s home and saw them tackling a broken-down dishwasher, with Manus outside power hosing the crockery hanging from the clothes line.

This third ad in the Currys series revolves arounds a broken cooker. Manus is outside in the garden cooking a Sunday roast on the BBQ, with a roast chicken, potatoes and veg very obviously burning, before going up in flames. Áine’s character once again suggests that they head to Currys. Watch the new ad at https://youtu.be/17srWTNaDKc