Curtin to draw on innovation at IDL 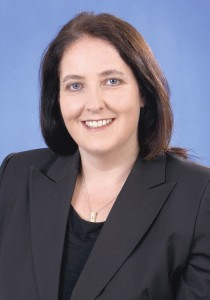 AIB head of advertising marketing and communications Fiona Curtin is to move to Pernod Ricard’s Irish Distillers to take on a new innovations role. Curtin has a wealth of marketing experience. Before joining AIB, she worked with C&C across its soft drinks portfolio and on new product development. Before that, she was Heineken’s senior brand manager for Coors Light. She also worked with the Dutch brewer in Germany.

Curtin is the current president of the Association of Advertisers in Ireland (AAI). It has been a time of major change in adland in recent years with advertisers coming under increasing pressure from lobby groups targeting the industry. Curtin recently released an AAI study, which is Ireland’s first report on the impact of advertising on the economy. It showed advertising contributes €766 million to gross domestic product (GDP).

Advertising in Ireland is reckoned to have an economic multiplier of three. The Aecom Consultants report also showed that tax revenue generated from ads is worth €158m. Total spend last year was down by two per cent on 2010 to €1.1 billion. Advertising accounted for 9,855 jobs in 2009, 6,155 of which provide indirect employment. Curtin was a volunteer board member of Boardmatch for three years.