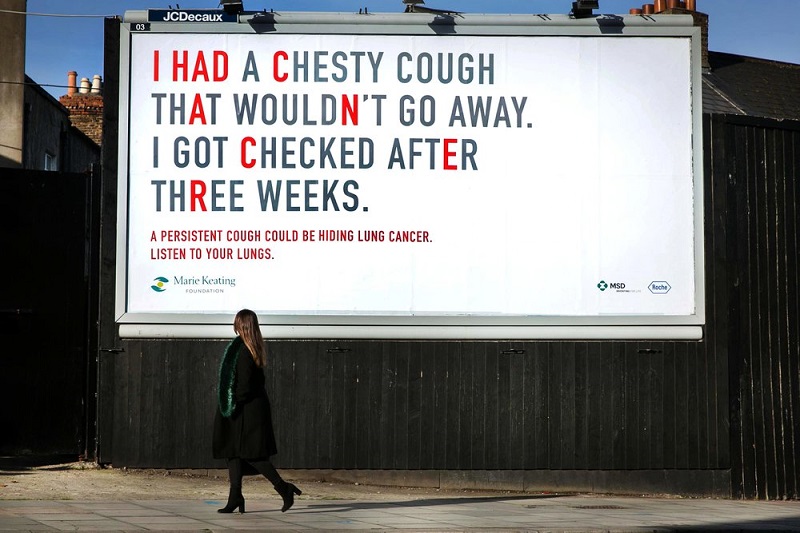 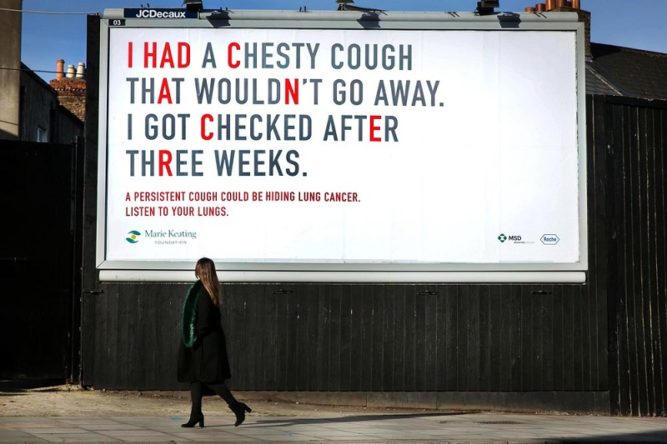 DDFH&B has created the country’s first ever coughing billboard for the Marie Keating Foundation.  Designed to raise awareness about the dangers of lung cancer, the specially-built outdoor piece includes an audio instalment that grabs the attention of passers-by with a coughing sound. The billboard appear to show a seemingly innocent statement.

However, when people look closely at the typography, the letters reveal the message: ‘I had cancer’. The  ads is part of a wider campaign, ‘Listen to Your Lungs’, which coincides with November being lung cancer awareness month. The ads urge people to take notice of persistent chesty coughs and get checked out by their GP, as it could be a warning sign.

Dean Ryan and Adam McKiernan, DDFH&B, said lung cancer is the biggest cancer killer. To get people to understand its dangers, ads must be bold and clear. The biggest creative challenge was the tight turn around: they had just two and a half weeks to pull this off, so they had to act quickly. The client was clear they didn’t want another anti-smoking advert.

They took a fresh approach and focused on how a seemingly normal cough could be hiding something more serious.  In addition to the outdoor work, DDFH&B launches the campaign on radio, online and on social media. Across each platform, the mention of cancer is deliberately obscured to hammer home the message that the disease could be hiding behind a cough.

‘Listen to Your Lungs’ runs until the end of November and is sponsored by MSD and Roche.