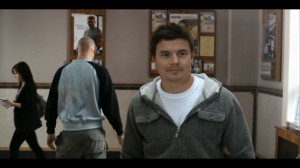 Brian O’Driscoll fronts for the Credit Union. The campaign was created by AFA O’Meara, part of the McConnells group, where Pat Donnelly is now in charge of media.

Pat Donnelly, chairman of the Core Media Group (CMG), has joined McConnells Integrated to head up its media services. A former chief executive of Aegis Ireland (Carat, Vizeum and Brindleys), he was chairman of Channel 6 which struggled for ratings and was sold to TV3 two years ago. The channel was rebranded 3e.

Donnelly already had links with McConnells through Core, which was set up with Publicis Groupe Media. The move sparked a legal challenge from McCann Erickson, whose Universal McCann had ties with McConnells. The matter remains unresolved and RTE Sales & Marketing refuses to recognise Core.

McConnells reported a profit of €1.3 million in 2008, compared to the €4.8m it made the year before. The group employs almost 80 staff. Layoffs were made recently on the creative/production side but director Stuart Fogarty said they were now hiring on the digital front.