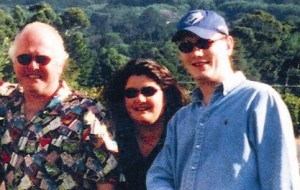 Celine Cawley with Mal Stevenson, Irish International BBDO and Tommy Kinsella, Diageo, pictured on location for a Guinness commercial made by Toytown Films in South Africa

Eamonn Lillis was sentenced to six years and 11 months for the manslaughter of his wife, Celine Cawley, by Mr Justice Barry White at the Central Criminal Court today. Lillis, 52, was convicted last Friday by a jury of six men and six women.

The former art director had pleaded not guilty to the murder of his wife at their home in Howth 14 months ago. The jury had made it known to the judge that it was their contention the accused had not intended to kill or seriously hurt his wife. Imposing the sentence, Judge White was highly critical of Lillis.

Yesterday, Susanna Cawley, Celine’s sister, made a victim impact statement on behalf of the family. She said their lives had been devastated since Celine’s death. She accused Lillis of telling “treacherous lies”.

In a statement read out by defence counsel, Lillis said that he was “extremely sorry” for what happened and the lies he told about an intruder being at their home on the day of Celine’s death.

Gerry Kennedy, a former McConnells copywriter and a lecturer at DIT Aungier Street, a longtime friend of Lillis, going back to their days at UCD, said that what had happened on the day was out of character.

Following the winding up of Toytown last year, Andy Bradford and Emma O’Beirne set up Sweet Media Production. Media reports stated that the Cawley family are to try and secure some of Celine’s business and personal assets.

Lillis is expected to appeal the sentence.

For Kathy Sheridan’s report on the Lillis trial verdict in The Irish Times, click on http://www.irishtimes.com/newspaper/breaking/2010/0130/breaking4.htm 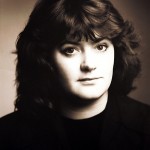 The tragic death of Celine Cawley (46) of Toytown Films and the circumstances in which she died shocked everyone in adland. Celine was a superb producer of commercials who prided herself on quality work for a host of well-known advertisers in Ireland and abroad.

Remarkably focused and of a caring nature, Celine embraced film production after working as a top model. Her first break in the business was on reception at Windmill Lane. She left to join Gerry Poulson at GPA films, before setting up Toytown in 1990.

Operating from premises in Windmill Lane, Toytown soon became a premier name in commercials production. Bank of Ireland, Diageo, McDonald’s, Heineken, 02 and VW were among the many advertisers for which Toytown produced work.

There have been many tributes paid to Celine. Keith Hutchinson of H2 Films described her as “the mother” of commercial production in Ireland. John McDonnell of Fantastic Films remembers her affectionately as “mum” – a unique person with a heart of gold.

Less than three months before her death, I contacted Celine and asked her about her new ESB commercial which we agreed was first-class. We discussed perhaps featuring it on the next cover of Marketing. So she said she would source the best screen grabs.

But with a deadline looming events changed and I emailed Celine to tell her as much. She replied: “Ah Michael, thought it was our chance to shine! Maybe next time…”

All the stars are coming out tonight

They’re lighting up the sky tonight

For you, for you