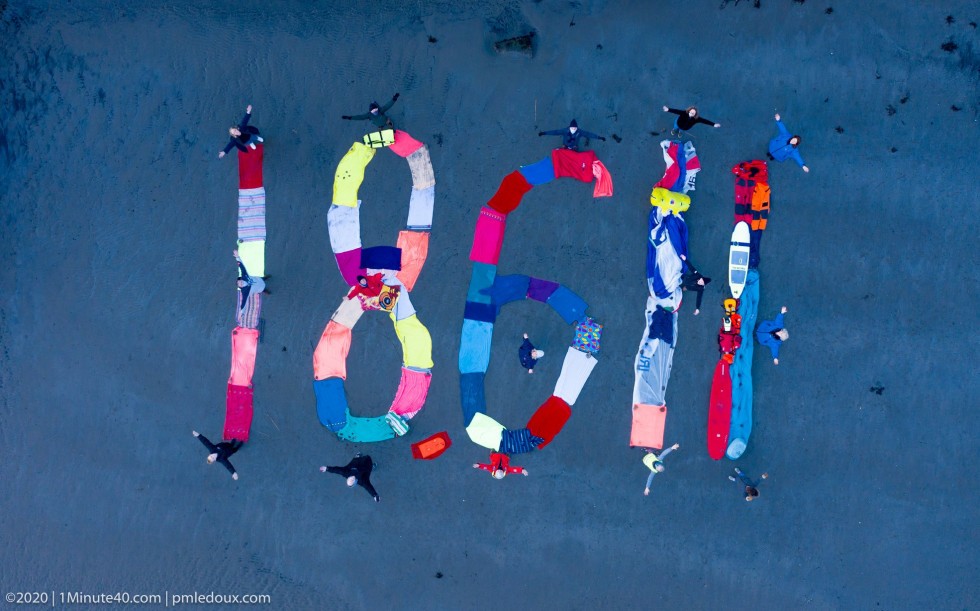 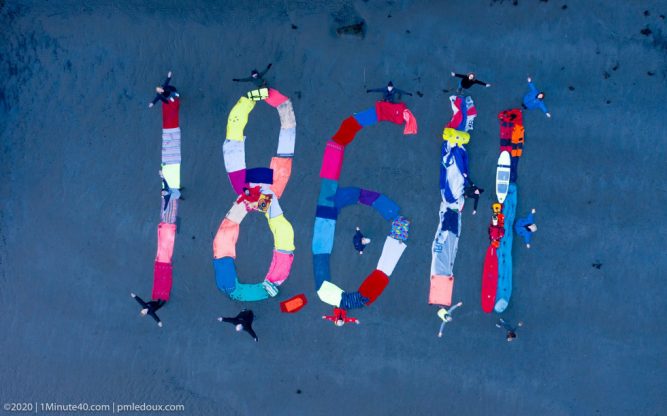 Peace came dropping slowly over south Dublin this week as Dry Robe enthusiasts and towel traditionalists called time on so-called ‘hostilities’ and instead joined forces in a call for urgent action on improving the water quality in Dublin Bay. The truce came about as both sides rowed in behind pressure group, SOS Dublin Bay.

They are campaigning for an immediate end to the dumping of raw sewage into the bay following storm weather periods in the capital. SOS Dublin Bay is also calling for increased testing of bathing water quality and for real time reporting of results in recognition of all-year-round bathing which has become hugely popular in Dublin since Covid-19.

The voluntary group, made up of local bathers and sailors and concerned members of the public put together a giant collage of towels and dry robes at Seapoint to form a giant colourful figure ‘18,611’, in recognition of the 18,611 signatures of support it has received so far, calling for urgent action by Irish Water and the local Dublin Bay authorities.

SOS Dublin Bay chairman Gerry Jones says record numbers of people are now swimming in the bay all year round. Local bodies need to recognise this reality by ensuring that bathing water quality results are provided on an ongoing basis to the general public and that public health guidance, particularly when the water is polluted, are issued and fully publicised.

“Dublin Bay is a treasured amenity not just for swimmers but for sailors, anglers, divers, rowers, canoeists, walkers and animal lovers. We need to see action now to protect this valuable resource. There needs to be more regular testing of water quality, increased reporting of results and an end to the dumping of raw sewage into the bay,” Jones said.

“We can’t put people’s health on hold while we wait for a promised upgrade of the Ringsend Treatment Plant, which won’t happen till at least 2025. There are creative interim solutions which could be looked at to prevent Irish Water dumping sewage into the Liffey estuary and onward into the bay. We intend to publish proposals on alternatives options in the New Year.”

SOS Dublin Bay has also appealed to people to bathe responsibly over Christmas and to avoid large public gatherings at popular bathing spots in line with Covid-19 guidlines. In the meantime, SOS Dublin Bay wants people to sign up to their petition at https://www.change.org/p/environmental-protection-agency-sos-save-our-sea-in-dublin-bay