Field to pastures new at BT 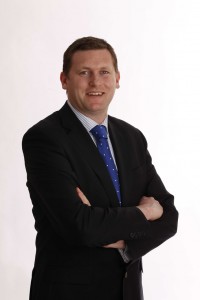 Eason head of marketing and retail development David Field is to leave the book and educational retailer to become marketing director at premier department store Brown Thomas from the start of the new year. Field joined Eason in May 2010 and has been at the forefront of developing a major marketing drive. Facing a major threat from digital brands like Amazon and the economic downturn, he transformed the Eason brand.

He led the strategy to totally reposition Eason. The challenge was to reinvent the shopping experience and develop the brand along the lines of a credible multi-channel retailer. In 2010, 75 per cent of consumers had not shopped with Eason online. With the help of a new loyalty programme, a rebrand, modernised stores and a stream of online initiatives right up to the present day, Field radically improved company fortunes.

Last year’s Reptrak corporate reputation study rated Eason sixth of 101 companies in Ireland and second among Irish owned companies. His work earned him a finalist position in last year’s Marketer of the Year. Before joining Eason, he was director of retail operations at Fresh Opportunities and spent three years as Glanbia’s product group manager. During his six years at Superquinn, he headed up business development.

He has a postgrad diploma in entrepreneurial studies from the UCD Michael Smurft Graduate School of Business and a BA in economics and geography from UCD. His interests include sailing, rugby and football.